Mr. Harley Schlanger has been Executive Intelligence Review  (www.Larouchepub.com)  magazine’s Southwest Bureau Chief for more than 15 years. In the recent years he has become a national spokesman  for Lyndon LaRouche’s Political Action Committee. As Bureau chief he had written numerous articles including on the mid-1980’s Savings and Loan crisis, the looting of pension funds and in September 2008, the illegal bail out the investment funds such Fannie Mae and Freddie Mac by the Federal government
As an investigative journalist Schlanger has contributed to a number of books published by EIR. Some of the research was incorporated in The Ugly Truth About the ADL, Bush: The Unauthorized Biography, for example.
Schlanger himself made a run for the U.S. Senate in 1990, receiving 250,000 votes in the Democratic primary.

So, Did You Take Care of Business?

A great piece from our friends over at the Thundering Heard Blog.

"Worthless derivatives are being created by Wall St and High St at the rate of a million dollars per second! Governments have promised citizens far more than can ever be funded. If the big banks told the truth about their financial condition, all of them would be seen as insolvent. And it has been obvious for years that most countries in the world had taken on more debt than they could ever repay, and that their only strategy would be to print money. They are doing so."

Also, scroll down and check out the post they have on "chest refrigerators," a great way to save on energy.  BK
Posted by Central Metals Corp. at 7:07 AM

The Trends Journal is second to none and Gerald Celente is the TOP trends forecaster in the world. Take his advice seriously. I love his candor and passion!   BK

Jim enters at the 12min mark.
Posted by Central Metals Corp. at 8:29 AM

A few days ago, our report on the discovery of a single 10 oz Tungsten-filled gold bar in Manhattan’s jewelry district promptly went viral, as it meant that a tungsten-based, gold-counterfeiting operation, previously isolated solely to the UK and Europe, had crossed the Atlantic.   Link to Story HERE
********************************
To eliminate any chance of fake gold entering our network, we only buy from certified refiners and dealers who purchase direct from the manufacturers. Many are ISO certified refiners. Sellers cannot just walk into our office to sell. Everyone has to book an appointment to meet with us in private. This deters any "fly by night" sellers from our business, and we do not release funds to sellers for 24 hrs. Provided that the product is thoroughly examined by us and our trusted friend XRF, counterfeiters BEWARE!
This is another great reason for clients to have a U-Vault Account.  BK 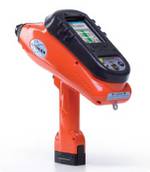 Posted by Central Metals Corp. at 9:24 AM

By: Daryl GuppyCNBC Contributor
The lower the U.S. dollar the greater the intensity of currency wars. The break below the key uptrend line on the Dollar Index chart was an early warning of the third round of quantitative easing (QE3). The most important question now is to use the chart to examine the potential downside limits of a QE3 weakened U.S. dollar.   LINK...
******************************
Remember, it's not about GOLD, it's about the USD losing confidence as the world's reserve currency. Who would have confidence in a currency that is being created to bail out failed institutions, buy mortgages and support a ghost of a manufacturing sector? The FED is working against you to take away your standard of living and dignity in retirement. Become your own Central Bank with our U-Vault Account and protect the value of your savings from a system that has gone haywire.   BK
Posted by Central Metals Corp. at 7:22 AM

On Sept. 11, Pastor Lindsey Williams, former minister to the global oil companies during the building of the Alaskan pipeline, announced the most significant event to affect the U.S.dollar since its inception as a currency. For the first time since the 1970's, when Henry Kissenger forged a trade agreement with the Royal house of Saud to sell oil using only U.S. dollars, China announced its intention to bypass the dollar for global oil customers and began selling the commodity using their own currency.   LINK...
********************************
As we explained on Gold Radio Cafe last Friday, the value of the USD is built on the relationship with Saudi Arabia and their oil. It seems that relationship is no longer as important as it has been. This directly affects the confidence of the USD as the world's reserve currency.   BK
"Paper money eventually returns to its intrinsic value---zero."  Voltaire  (1694-1778)
Posted by Central Metals Corp. at 6:56 AM

Gold And The Eurozone Crisis

Government's and Central Banks around the world are actively pursuing gold as a means of collateral to settle debts. Are we on the road to a NEW Gold Standard?

Become your own "Central Bank" with our U-Vault Account and eliminate any counter-party risk between you and your assets. Having REAL GOLD BULLION as a retirement asset is the best solution, especially since we offer better insurance than your bank deposit. Call now for more information on how to create your own "fully insured" gold vault.  BK

The Gold and Silver Financial Review
Listen Live on Blogtalk: HERE
Posted by Central Metals Corp. at 7:26 AM

#1 Reason To Own Gold, Ray Dalio

Gold is primarily an alternative to fiat currency and a storehold of wealth.  The main advantage that gold has over other currencies is that it can’t be printed.  While we have just gone through a period in which the degree of monetary stimulation has ebbed, the ongoing deleveraging means that developed economic will remain highly reliably on continued stimulation for years.  By the end of the quarter, central banks were starting to shift back toward renewed stimulation.

The Bank Trap on Your Standard of Living


Four years after the 2008 financial crisis, banks are behaving more recklessly than ever.

In 1989, the CEOs of our seven largest banks earned an average of $2.6 million. In 2007, the average CEO income had risen to $26 million. The ordinary citizen might believe that this is grotesque overcompensation, but the financial sector found the pay perfectly reasonable. A year later, this sort of thinking led us to the brink of complete financial collapse. The financial crisis of 2008 now looks more and more like a defining moment, a crisis of capitalism. Globally, it has produced, in addition to a crippling recession, an unending debt crisis. Our own escalating, unpayable debt makes the future of U.S. power increasingly uncertain. Government borrowing and spending policies have failed to stimulate growth in the economy.   LINK...

*************************
Confidence is lost, the system is broken and your standard of living, your freedoms and liberties will be sacrificed for "their" gains. It's time to take serious action when considering your savings and wealth.  BK
Posted by Central Metals Corp. at 8:30 AM

Listen on Blogtalk:  HERE
Posted by Central Metals Corp. at 11:49 AM

Gold Moving Into The Monetary System

Mineweb
Author: Julian Phillips
Posted: Thursday , 06 Sep 2012
If these changes are instituted, there is a danger of interference in the gold market price by the public, but on the upside not the downside. After all, it will be in the interests of the monetary system to see higher gold prices rather than lower prices that the powers-that-be appeared to want between 1985 and 2005. But they will want to see a level of stability consistent with that of currencies and other monetary assets in that situation. Their desire for this can be overwhelming, as we saw in 1933 when U.S. citizens were banned from holding most forms of gold in the interest of the nation's monetary system. It was not until 1974 that they were again permitted to do so; however, this permission came with the proviso that owning gold from then on was a "privilege, not a right" as though to warn us all that things could change again. Even though governments attempted to write gold out of the system, they made it clear that they considered gold as part of their domain.

This is a real danger and one that should not be overlooked by us all in all the nations of the world. Any government that feels it is in their interests to take their citizen's gold will do so even if it means changing their laws.   LINK...

I can’t imagine it means anything cheerful that Vladimir Putin, the Russian czar, is stockpiling gold as fast as he can get his hands on it.

According to the World Gold Council, Russia has more than doubled its gold reserves in the past five years. Putin has taken advantage of the financial crisis to build the world’s fifth-biggest gold pile in a handful of years, and is buying about half a billion dollars’ worth every month.     LINK...

Posted by Central Metals Corp. at 6:44 AM

Four Fed presidents have come out in favor of an open-ended strategy for bond buying, with three calling for the program to begin now. Rather than specify a fixed amount of bonds to purchase by a certain date, such a strategy would leave the Fed able to announce a pace of purchases that it could adjust as the economy gets closer to Bernanke’s goals.   LINK...
***************************************************
Smells like more money printing is coming soon?  BK
Posted by Central Metals Corp. at 9:52 AM

Posted by Central Metals Corp. at 8:41 AM